Raiders Ambulance > News > Editorial > Last of its Kind: The ’72 Chevrolet that Saved Lives & Paved the Way 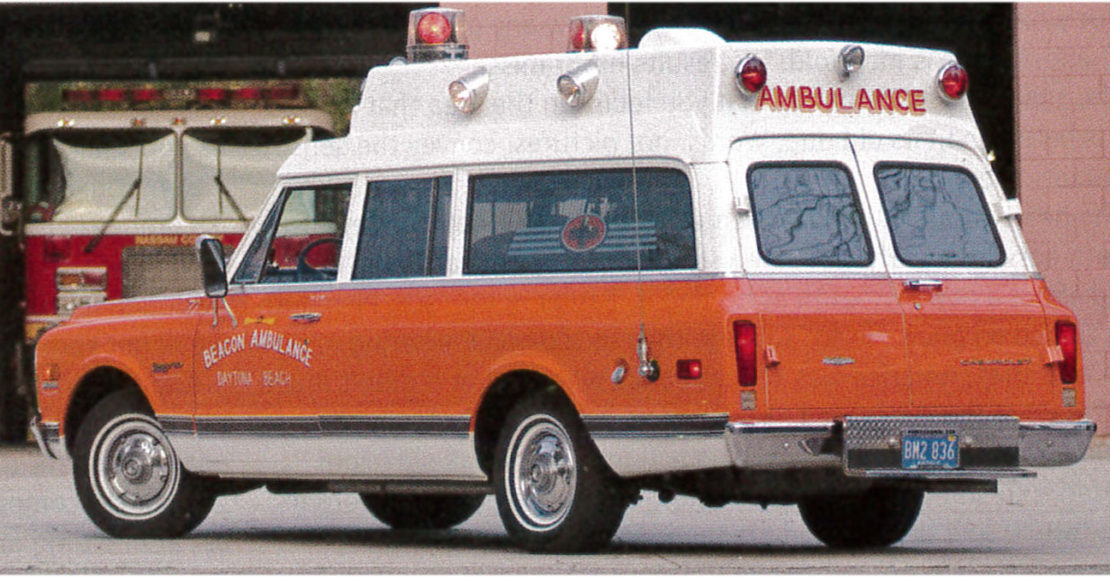 Last of its Kind: The ’72 Chevrolet that Saved Lives & Paved the Way

The ambulance is probably the most recognizable vehicle on the road. But after the passing of a law in 1973 that would forever regulate the industry, finding ambulances on the road like this ’72 Chevrolet C-10 Suburban became instantly all-too rare.

As Jim Donnelly writes in an article for theSeptember, 2014 issue of Hemmings Motor News, this ambulance was unique for a few reasons. Not only was its “three-door” body configuration the last time Suburbans had anything less than four doors, its big-block motor was also significant. Jim Donnelly writes, “Called the 400, it was the domestic industry’s most powerful light-truck engine between 1970 and 1972.” In 1973 the motor was discontinued. 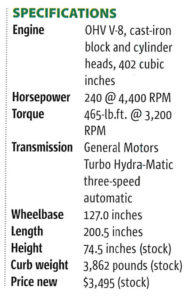 A federal bill authored by U.S. Senator Alan Cranston of California, and signed into law by President Nixon in 1973, aimed to standardize medical transportation forever which didn’t fare well for ambulances converted from Suburban bodies bonded to fiberglass roofs. “Part of Cranston’s omnibus EMS bill was a codicil that required new ambulances to not only have a minimum 60 inches of headroom, but also to pass a federal test proving the rescue bodywork could support its own weight when turned upside-down, the same requirement school buses had to meet,” Jim Donnelly writes. This made the “high-top” Chevrolet Suburban ambulance all but useless for anyone who wasn’t (A) a collector, or (B) crazy enough to turn the classic into a tailgating vehicle for the rowdiest fans in the NFL. More on that later!

PREVIOUS 05 Jun 2018
For Your Convenience: Countdown to the Las Vegas Raiders!

NEXT 02 Jul 2018
Before and After: A Quick Peek at the Raiders Ambulance Transformation