“Raiders Ambulance is the first built from the ground up Las Vegas Raiders fan vehicle. This 1972 Chevy Suburban Ambulance will turn heads around town wherever it should appear.

History: The 1972 Chevy Suburban Ambulance was the last of its kind to be produced for medical emergency transportation use, as it was discontinued due to a regulatory act signed into law by then President Richard Nixon in 1973.

This vehicle was purchased new in 1972 and has been in Las Vegas for over 45 years. The ambulance made its theatrical movie debut in the 1998 Johnny Depp film Fear and Loathing in Las Vegas. After that it was featured for 15 years in the long running Las Vegas dinner show Marriage Can Be Murder which started at The Egg & I Restaurant in 2000 and currently resides at The D Casino downtown.

The current owner of the vehicle, Brad Burdsall, is the owner of both the Egg Works and Egg & I Family Restaurants. Brad grew up in Ohio and was a huge NFL fan of the Cincinnati Bengals however, since his arrival into Las Vegas in 1989, he has been without a Home Team. Now with the Raiders moving to Las Vegas, he felt the desire to represent the Raiders in their transition to the City of Las Vegas.

The Raiders Ambulance will make its public debut on Tuesday July 3rd before the Las Vegas 51s fireworks game on the ticket plaza from 6:00pm – 8:00pm.

The Raiders Ambulance can also be seen on Wednesday July 4th at the 24th Annual The Summerlin Council Patriotic Parade beginning at 8:30am.” 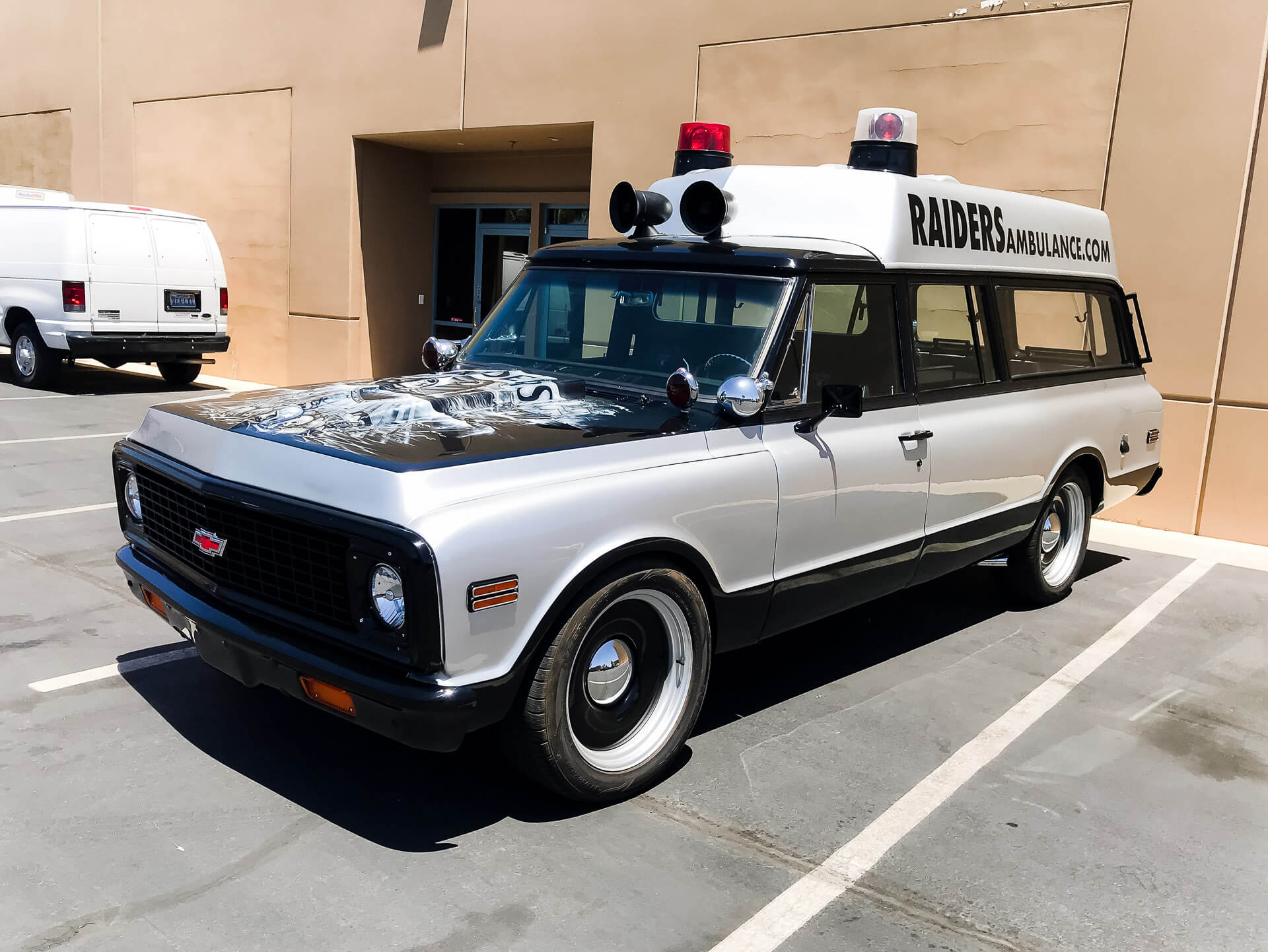